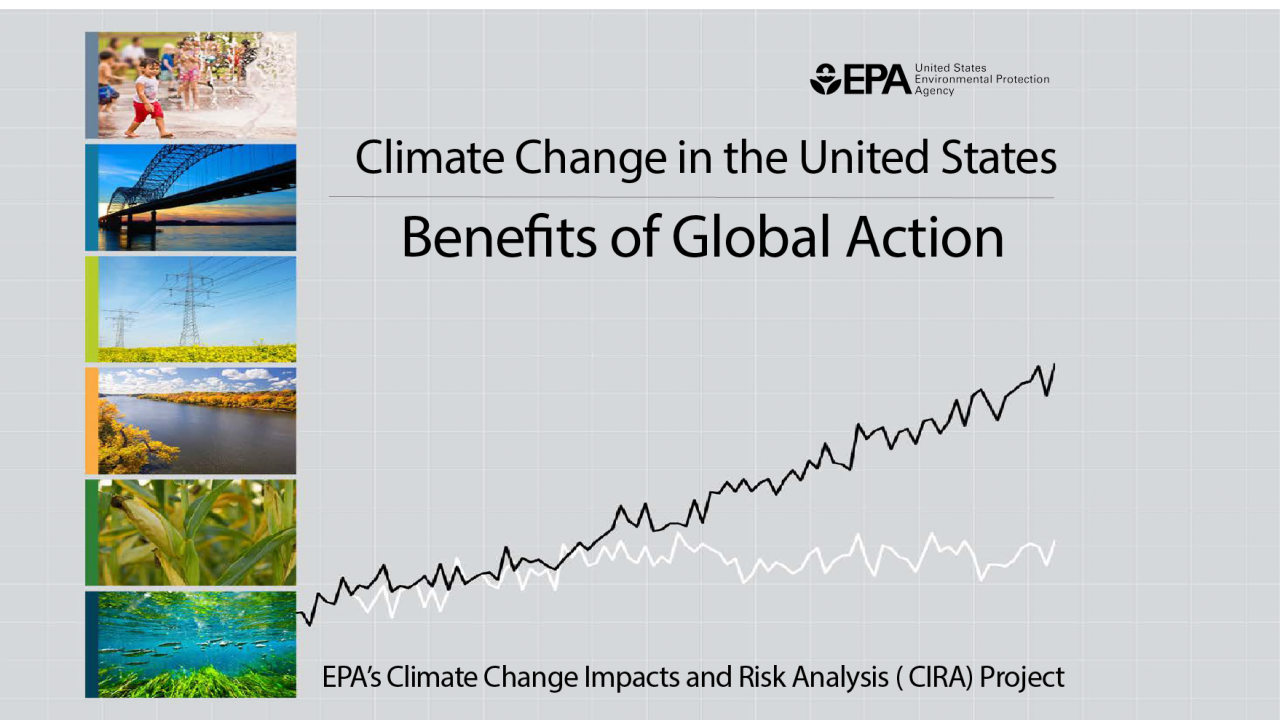 President Obama is committed to protecting the health of future generations from the impacts of climate change. Today, the Environmental Protection Agency (EPA) is releasing a report quantifying the vast economic, health, and environmental benefits that reducing global carbon pollution will have on the United States, reinforcing the need to act with a sense of urgency.

"The report finds that we can save tens of thousands of American lives, and hundreds of billions of dollars, annually in the United States by the end of this century, and the sooner we act, the better off America and future generations of Americans will be," said EPA Administrator Gina McCarthy.

The report is a product of the Climate Change Impacts and Risks Analysis (CIRA) project, led by EPA in collaboration with the Massachusetts Institute of Technology, the Pacific Northwest National Lab, the National Renewable Energy Laboratory, and other partners. The CIRA project is one of the first efforts to quantify the benefits of global action on climate change across a large number of U.S. sectors using a common analytic framework and consistent underlying data inputs. The project spans 20 U.S. sectors related to health, infrastructure, electricity, water resources, agriculture and forestry, and ecosystems.

Source: The White House, Office of the Press Secretary, Obama Administration Releases Report on the Health and Economic Benefits of Global Action on Climate Change

Half of U.S. deaths related to air pollution are linked to out-of-state emissions